One of the things that makes wearing hearing aids easier is having a good role model. This is especially true of children. This year American Girl, the hugely popular doll company, named as its 2020 doll of the year Joss Kendrick, who was born with hearing loss and wears a hearing aid in her right ear. 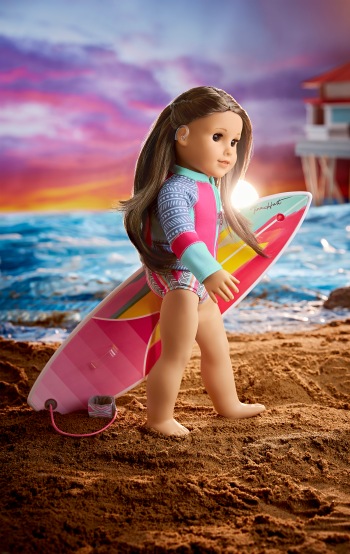 Like all American Girl Dolls, Joss comes with a story (which can be bought in book form) and accessories. Among Joss’s accessories is her removable hearing aid. Joss is going to have to be able to take that hearing aid out because she’s also a surfer, and we all know that hearing aids and salt water don’t mix. When Joss isn’t surfing, she’s part of a cheerleading team. All these talents require accessories, including a surfboard and swim gear, cheerleading outfits, a backpack and competition cheerleading shoes.

American Girl partnered with the Hearing Loss Association of America, with a $25,000 donation and dolls to be given out a various Walk4Hearing events in 2020. American Girl dolls aren’t cheap. Joss costs $98 and comes wearing a bathing suit, hoodie and shorts. The surfboard, cheerleading outfit, books and so on will cost you extra.

I’ve always thought of American Girl as the G-rated alternate to Barbie. When my daughter, now 33, was young, we gave her a doll, Kirsten – a Swedish American girl in the 19th century. She saved up her $2 a week allowance and money earned at odd jobs to buy Samantha, a brown-haired turn of the century (19th) schoolgirl. In my memory Samantha wore glasses, which would have made her a precurser to Joss, but I think my memory is wishful. Some of my feminist friends with girls resisted the craze, but my husband and I didn’t see any harm in it, and in fact our daughter is now a highly competent adult with her own business.

Another good role model for children with hearing loss is El Deafo, Cece Bell’s graphic memoir for children. As I wrote in the New York Times Book Review in 2014:

It takes a bit of an inner superhero to get along as someone “special” in a classroom full of “normal” kids. Bell’s book should be an inspiration for those who are “different,” and it should help others to understand just what being different means. Required reading isn’t always fun reading. “El Deafo” should be the first and is definitely the second.

Other role models include the young heroine of the Amazon Prime Video series “Undone,” 28-year-old Alma, whose cochlear implant is at first incidental to the story, but later plays a role in the plot. Sports figures are also role models, including Tamika Catchings. Here’s an interview with Ms. Catchings, just before the 2016 summer Olympics and tied to the publication of her memoir Catch a Star: Shining Through Adversity to Become a Champion. This link is to Amazon but it is available from many booksellers.

Readers, if you have a favorite role model, especially one for young people, please let us know about it in the comments section.

For more about living with hearing loss, read my books: Smart Hearing and Shouting Won’t Help, available in paperback or as a Kindle ebook on Amazon.com 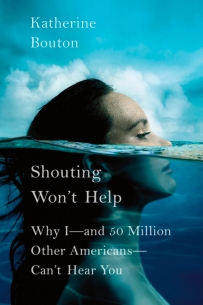 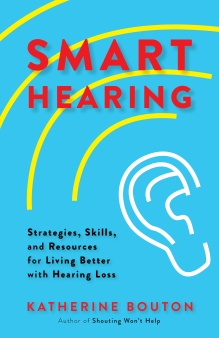